The girls arrived in Washington on Saturday, were greeted with new orange uniforms and prepared for the first round on Sunday. 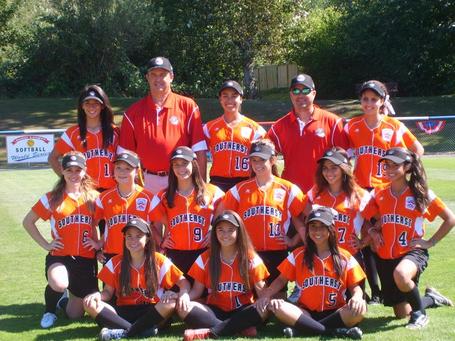 Yesterday's game against Canada was stopped after the 5th inning as our hometown heroes were dominating the match.  The West Tampa girls won the game 16 to 0.

They play again today at 11:00 am Pacific Time.