Fan Of The Week: Heat Miser

Share All sharing options for: Fan Of The Week: Heat Miser

You might remember Heat Miser from his unforgettable role in The Year Without a Santa Claus. We learned all about Heat Miser in a musical number that has been seared into our head.

We know that some call him Mr. Green Christmas, he's known as Mr. Sun, 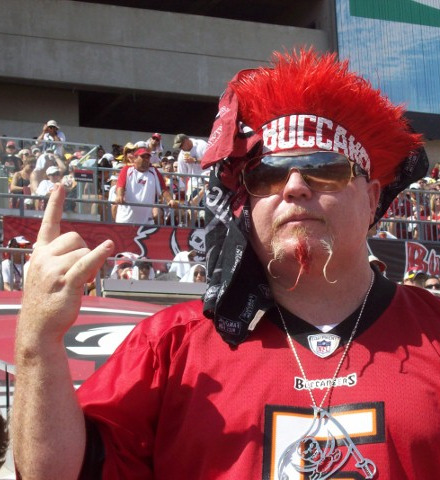 others call him Heat Blister or Mr. Hundred And One. Everything he touch starts to melt in his clutch. He's too much. Too much.

We kinda figured he spent a lot of time in Florida, but what we didn't know is that Heat Miser is a Buccaneers fan.

We found him in section 103, which I would guess is his favorite temperature.

From the beginning of every football season through to the time change in October, Mr. Heat Miser ensures that game day temperatures are in the 90s and above.

You know he was there on Sunday, 'cuz it felt like a thousand degrees in the stadium.  And I must say it was a good plan.

With the Bucs wearing white, the Steelers were forced to don black jerseys to Raymond James Stadium on Sunday, and those same Steelers having had some temperature troubles last week.  Meanwhile, Heat Miser was there with his bag of 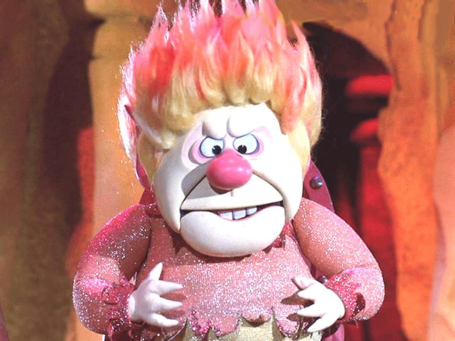 tricks trying to help your hometown heroes get a bit of an edge.

You can see in the photo he's getting ready to throw the ol' heat ray in the direction of the Steelers sideline.

The Steelers were ready for him, though. Steel Miser minions were holding up a reflective shield specifically to avoid the heat rays.

In the end, Heat Miser's efforts were not quite enough, as the Steelers whooped up on our beloved heroes.

But the grand effort by Heat Miser Buc Fan earns him the SB Nation Tampa Bay designation of Fan of the Week.

We're alwlays looking for Tampa Bay's most outrageous, outspoken, excitable, enthusiastic fans.  If you see anyone who fits the description, snap a photo, tell us what makes them such a great fan of our local teams, and send it to us at TampaBay@sbnation.com.