Listen to Clark and Cassie from Raw Charge along with JC and Patti from SB Nation as they give you hard hitting hockey talk on the Tampa Bay Lightning. Call in for a chance to win Lightning-Rangers tickets!

Click this link to Listen Live and have a chance to win tickets to the Lightning and Rangers!

Join Clark and Cassie of Raw Charge along with JC and Patti from SB Nation Tampa Bay.

The show typically runs on Wednesdays but we had to shift due to the Bolts-Wings game last night.

We have a packed show for you tonight as we discuss:

MVP of the 1st Quarter

Rookie of the the quarter

Most Improved of the quarter

Most disappointing of the quarter

Best game of the quarter

Worst game of the quarter

Season Outlook after one quarter

- We'll look at the week ahead for the Bolts with games against the Rangers, Flyers and Devils

- We'll also be giving away two tickets for Saturday's Rangers game during the show!

Miss a show? Check out our podcast library! 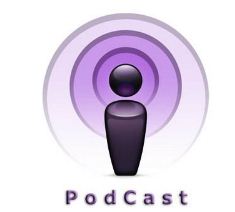