The Miami Heat got into the NBA free agency pool for the 2011 NBA season, but they're not making the big splashes like they did last season with the likes of LeBron James and Chris Bosh. The Heat did officially sign Eddy Curry however, as the team announced on Twitter.

OFFICIAL: The @MiamiHEAT sign Eddy Curry to a contract. http://pic.twitter.com/ATO04Uqy 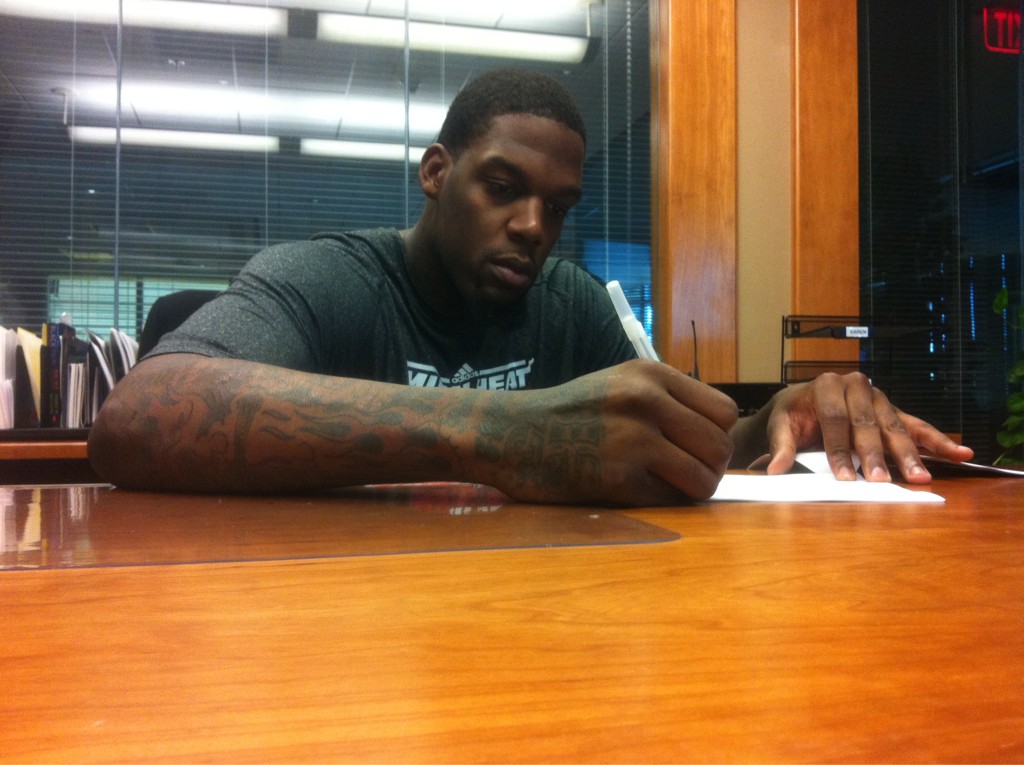 Curry shares an agent with Heat forward LeBron James and worked out with the team several times last season, but was never signed.  Curry has battled weight issues in his ten-year playing career. He in the 2010-2011 season with the New York Knicks before being traded to the Minnesota Timberwolves as part of a three-team deal that sent Carmelo Anthony to New York. Curry's contract was bought out by the Timberwolves in March and never played a game with the Timberwolves.

For all news and information regarding the Miami Heat, please visit Peninsula Is Mightier.