The Tampa Bay Rowdies Are Back!

Share All sharing options for: The Tampa Bay Rowdies Are Back!

Quick trivia question: what was the first professional sports team in Tampa Bay?

Close, but wrong. The first pro sports team in the area was actually the Tampa Bay Rowdies, a professional soccer team that played in the area from 1975 until 1993. Not only were they the first pro team in the area - they were also one of the most successful. While the Buccaneers struggled out of the gate for their first few seasons, the Rowdies won the Soccer Bowl Championship in 1975 and reached the finals in both 1978 and 1979.

The Rowdies disbanded in the early '90s, but as of today, they're back!

"The Rowdies name has been synonymous with the highest level of professional soccer in the Tampa Bay area for decades," said Citrus Sports Group President Andrew Nestor. "We are thrilled to bring it back for soccer fans in Tampa Bay, around the country and around the globe. The Rowdies were Tampa's first ever pro sports franchise and claimed Tampa Bay's first pro championship in 1975 winning the NASL Championship. We are appreciative of Classic Ink and their willingness to work with us on this agreement."

This iteration of the Rowdies isn't quite the same as the first, though. While the team currently plays in the North American Soccer League (NASL) -- the same league as the original Rowdies -- it used to be that the NASL was the premier soccer league in the country. These days it has been been passed by MLS as the top league in the country, although the clubs in NASL are still competitive and are considered merely one ladder rung down from the MLS.

The Rowdies kick off their 2012 season on April 7th in Puerto Rico. Their home opener will be a week later (April 14th) against FC Edmonton. 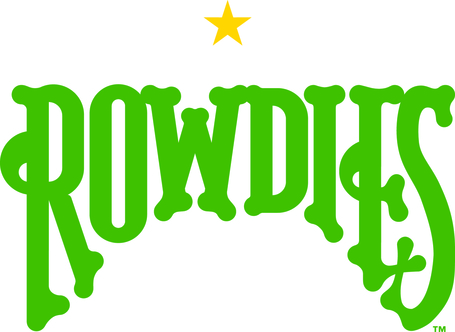