Philip Rivers lit it up at EverBank Field on Monday Night Football, but the most entertaining portion of the broadcast may well have been the "mustache montage" by ESPN. The mustaches were an homage and plea to new Jaguars owner Shahid Khan, who bought the team just last week from longtime owner Wayne Weaver. With the purchase, Khan instantly became the best mustache in the league. And the Jacksonville fans took note with signage and fake mustaches throughout the crowd on Monday night. 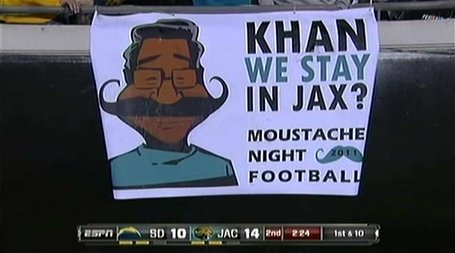 More photos after the jump.

Not only were their signs with Khan's likeness, but there were also a number of fans dressed in fake mustaches. 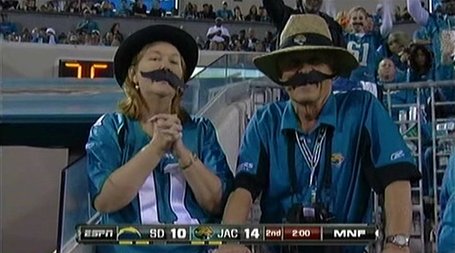 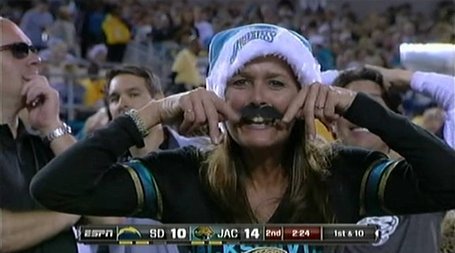 Khan is a truck parts tycoon from Illinois, who said he fulfilled a dream when he purchased an NFL team last week. The native Pakastani is a huge fan of the NFL, and Jags fans immediately showed their support in hopes that Khan will fulfill his initial pledge to keep the team in Jacksonville.