In the top of the fourth inning in Tuesday night’s game between the Red Sox and Rays, the Rays were threatening to break the game open. There were runners on first and second with no outs, and up to the plate stepped Sean Rodriguez. The Rays already had a 2-1 lead, and this seemed like the perfect opportunity for them to put some distance between them and the Sox.

But it was not to be. Red Sox pitcher Erik Bedard got Sean Rodriguez to hit a hot groundball right at the third baseman Jed Lowrie. And from there, it was as simple as 5-4-3. (See video here.) 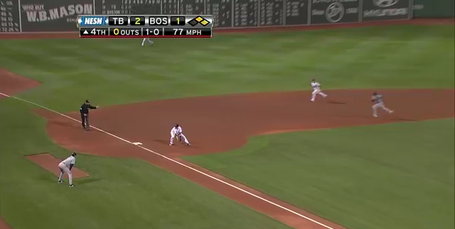 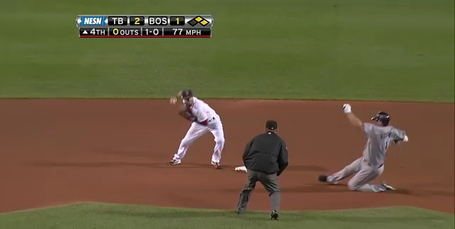 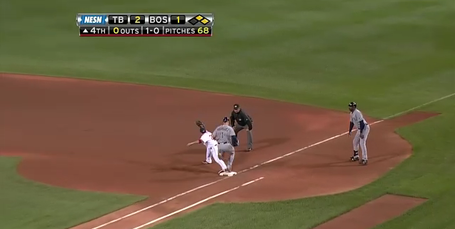 This was the first triple play turned by the Red Sox since 1994, and only the second triple play the Rays have hit into in their team’s history (the other was in 2006).