As the Dwight Howard saga continues, we look at possible trade situations that not only make sense... but may actually happen.

With the NBA trade deadline fast approaching, the Orlando Magic's Dwight Howard has become one of the hottest commodities. Will this year's trade deadline provide a spark like last year's, which saw Carmelo Anthony change teams, or will it fizzle out like in years passed?

Howard has the opportunity to change the face and culture of a franchise instantly; still the question remains will he go to an established team in the hunt for the playoffs, will he go to a team hoping to rebuild with him, or will he simply stay put? In considering the many suitors for Howard's services, we must consider not only a team that can meet the high demands of the Magic's front office, but also hope to have a chance to resign him after this year is over.

My hope is to provide trade scenarios which, before now, have not been discussed. While some of these suitors might seem unlikely, they do hold enough trade value to at least have the Magic thinking about the possibilities.

With that being said I present to you the 5 most likely trade scenarios for Dwight Howard: 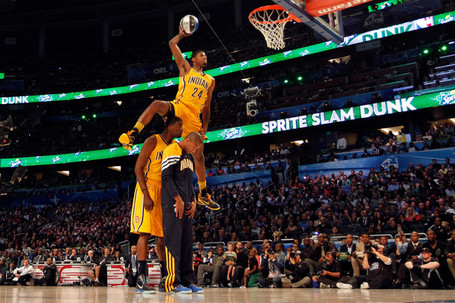 This trade would be contingent on Howard expressing his sentiment to resign with the Pacers after the season,which isn't as much of a long-shot as you might think. Howard would instantly be partnered with the best teammate he's had in his career (Danny Granger) and he would have a young, explosive point guard in Darren Collison. The Pacer's are solidly coached, would have average depth, and probably compete with the Heat, Bulls, and Knicks for Eastern Conference supremacy. With results like that, Howard might be quite motivated to resign in the off-season.

On the Magic's behalf, they receive a talented all-star center to replace Howard in Roy Hibbert and the highly sought after Paul George. Combined with the ability to shed themselves of Hedo Turkoglu's overbearing contract, the Magic could make the trade and remain competitive while simultaneously building for the future. A shrewd move, not unlike the one that the Denver Nuggets pulled off in trading Carmelo last year. 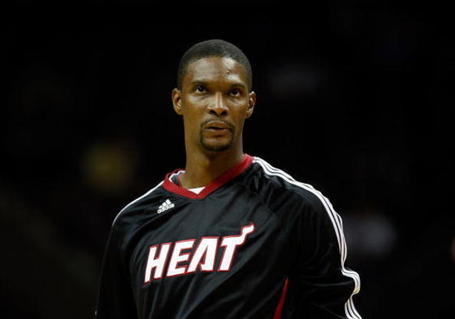 As a Miami Heat fan, I say no. Deep in my heart, I know the Heat team as constructed can win a championship. However, my name is not Pat Riley. Pat Riley will probably lock himself in a gold box until he figures out a way to pull off a trade for the premier big man in the NBA. Don't forget, Pat loves centers (think Kareem, Alonzo, Shaq).

The key question is: would the Magic accept this offer? They reportedly turned down an offer for Andrew Bynum and Lamar Odom from the Lakers, so would this offer be more enticing? I would personally take Chris Bosh over Bynum, regardless of Bynum's "breakthrough" year. Bosh has proven he's an All-Star, he can score enough to be the number one option on a team, and he comes on a less-than-maxed out contract for the next 3 years. 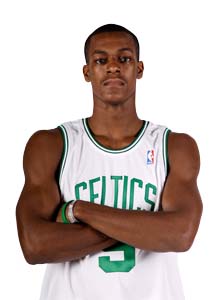 The Boston Celtics have made it known that they are shopping Rajon Rondo. The Orlando Magic have a need to shop Dwight Howard. Sometimes, it's just that simple. The Celtics give up Rondo and a number of expiring contracts (O'Neal and Dooling) and return Bass to the Magic.

Does Rondo provide enough value to the Magic? There aren't many players in the NBA that can produce a stat-line like Rondo did on Sunday versus the Knicks. Rondo tallied 18 points, 17 rebounds, and 20 assists. Perhaps an epic night against an Eastern Conference foe will be enough to validate Rondo's skill set and provide the Magic enough incentive to pull the trigger on a trade. 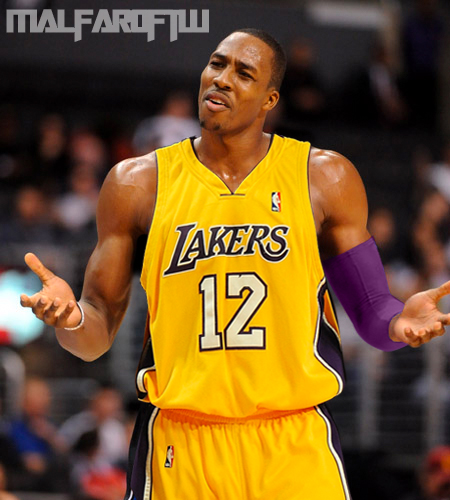 The Lakers are wiling to part with either Andrew Bynum or Pau Gasol for Dwight Howard. So far, they've been reluctant (according to reports) to include both in a deal for him. Nonetheless, if a third team were to step in and provide some additional assets for the Lakers and Magic, it might just be enough to finalize a deal between these two star-crossed lovers.

In this scenario, the Minnesota Timberwolves part ways with part of their youthful core (they aren't very high on Wes Johnson) and finally ship Michael Beasley (who has been linked to LA) to the Lakers in return for Ricky Rubio's best friend in the NBA, Pau Gasol. Pau would play center in their scheme and would allow Kevin Love to slip into the PF slot permanently. One potential pitfall of this trade is that the T'Wolves have been encouraged by the late play of Nikola Pekovic; however, Pekovic no habla Español.

Orlando gets a great young core to build their team around in the future in Andrew Bynum and Derrick Williams, and the Lakers finally get a superstar to play with Kobe during his waning years and get Michael Beasley to provide some production from their 3 spot (Beasley can also play the 4). The Lakers were considering adding Beasley earlier this year but chose not to fall further into the luxury tax hole. 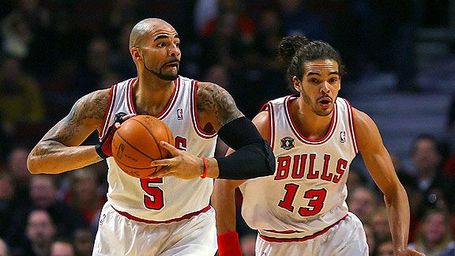 Maybe i'm dreaming here. Maybe I just want another cosmic blockbuster trade at the deadline. But just maybe this makes sense for all parties involved. The Magic give up Howard in return for Rajon Rondo (see trade scenario 3 as to why this would be awesome) AND Carlos Boozer (I would consider this an upgrade from their current team) along with Jermaine O'Neal's expiring contract for some cap flexibility in the future and Pietrus.

The Bulls give up their three-headed front court monster of Boozer, Joakim Noah, and Taj Gibson, but get the ultimate front-court player and defensive stopper in Dwight Howard; who, when when paired with Derrick Rose, might be the best tandem in the NBA. Meanwhile, the Celtics ship Rondo and make one last run at the playoffs with guns ablaze as they get Noah and Jameer Nelson. A starting five of Nelson, Ray Allen, Paul Pierce, Kevin Garnett, and Noah would bring them back to their dominant defensive ways of past years.