Returning to the Miami Heat from an abdominal strain, Chris Bosh has played in the last five playoff games, averaging 35 minutes per game.

The third wheel in the media circus of the most recent iteration of a Big 3, Bosh did his part in Miami's crucial Game 7 win over Boston, posting 19 points on the board - including three from the arc. On Thursday against OKC, Bosh even returned to form with 16 points, 15 rebounds, 2 blocks, and a steal over 40 minutes.

Still, there is one crucial element to his game that has yet to return: The ability to high five.

Chris Bosh to this guy:

And our latest iteration of Chris Bosh's bro code failures:

Heat Fans right now if they were a palm tree: 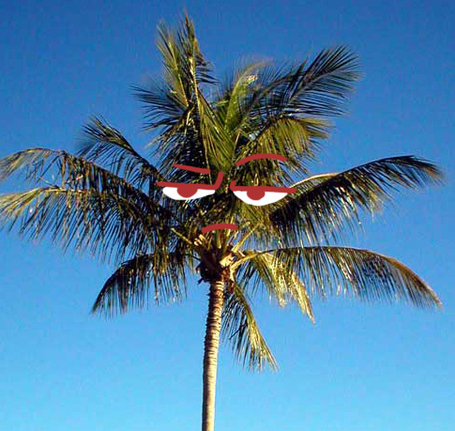