The Florida State Seminoles picked up a commitment from one of the top receivers in the class of 2014 on Friday night. Jacob McCrary of Miami Coral Reef High School confirmed via Twitter and with the FSU staff that he's on board. Florida, USF, Clemson, UCLA, and Louisville were some of the teams who offered the dynamic wideout early in the recruiting process.

But the Noles won out, and McCrary made it public by tweeting out a picture of himself donning an FSU hat: 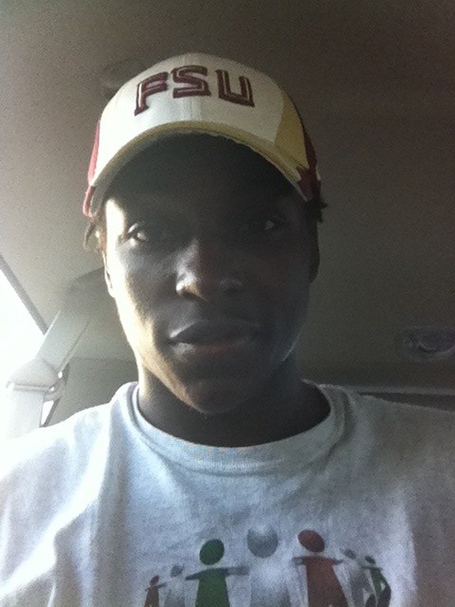 "It's my first time I've been up to Florida State and it's been great. I love the camp, I love the atmosphere, it's been a great learning experience," McCrary said. The coach from which McCrary is picking up pointers is Florida State's Lawrence Dawsey. "Coach Dawsey is an excellent coach. I love how he explains it and breaks it down, so that you really understand what he is talking about. I feel he is one of the best or the greatest receiver coach there is and I like him a lot," McCrary said.

He's now the fourth commitment in the class of 2014 for Florida State.

UPDATE: Despite the "official" commitment on his Twitter account, McCrary still claims that the Gators are still in it:

McCrary says his heart is at #FSU, but that UF is still very much in it for him and that he'll visit #UF for Friday Night Lights Camp.

For more on the Seminoles and their recruiting efforts, visit Tomahawk Nation. For all your recruiting news, follow @SBNRecruiting on Twitter.