The Major League Baseball trade deadline is tomorrow afternoon, and the Rays are in an interesting position. The Wild Card race has 7 teams log jammed for 2 spots, four of which are from the AL East. Additionally, the Rays have lost their franchise player Evan Longoria to hamstring injuries most of the year, and his rehab assignments have not gone well.

The team is 30th - read: last - in Batting Average (.231), and hitting the ball with little power. However, the pitching staff has held opposing teams to a .239 Batting Average, and the Rays defense has provided assurance in many low scoring games. Their record is better today than it was at this point last year, so the playoffs are still in reach. While many have assumed Longoria's rehab would be the lynch pin to buy or sell, the Rays could still make moves in either direction and remain competitive. 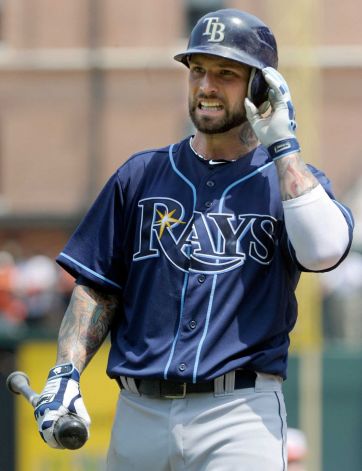 Making a splash earlier last week, General Manager Andrew "in-whom-we-trust" Friedman traded for Arizona's 2B/3B Ryan Roberts last Tuesday, sending an infielder that was batting .250 at the AA level. Although Roberts is only batting .250 himself, he fits into Tampa Bay's versatile infield well and is under team control until 2016. When Longoria returns, he can shift from 3B to 2B, putting Ben Zobrist back in the outfield.

Now before we continue with Trade Rumors, an important disclaimer is in order. Andrew Friedman sat down with the Tampa Bay Times yesterday and shared his constant wisdom yet again (h/t DRaysBay):

"We've been having a lot of different conversations with a lot of different teams, which is very typical for this time of year," Friedman said Saturday. "Our policy of not commenting publicly provides endless humor-filled fodder. A lot is made of things that are just not true.

"As always, we are looking for ways to positively impact our organization and make it better in the short term as well as the long term. If we're able to line up on a deal that does that, we're going to be very aggressive. As is customary this time of year, a lot of different things are being discussed, so it is difficult to accurately handicap the chances of a deal." (Tampa Bay Times)

Trades are always a possibility, and the Rays keep quiet. Rumors are rumors, and if true were likely shared by another organization. So take all rumors with a heaping spoonful of salt. Looking forward to the next 36 hours, we can speculate which players may be on the trading block. 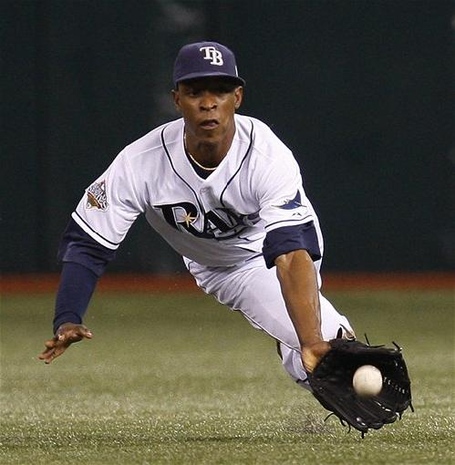 Upton is an excellent center fielder in the last year of his contract with the Rays. Friedman has had the opportunity to trade him every year and has always held on to him, mostly because the bat received in return hurts the Rays chances this year. However, the addition of Ryan Roberts and his comparable bat could make BJ expendable should Evan Longoria return.

To date, the only trade with traction seems to be send Upton to the Nationals for Mike Morse. The Nationals have long coveted Upton, but losing the 30 year old 1B/OF batting .303 for the second season in a row is unlikely, especially when Upton is available in just a few months via free agency. 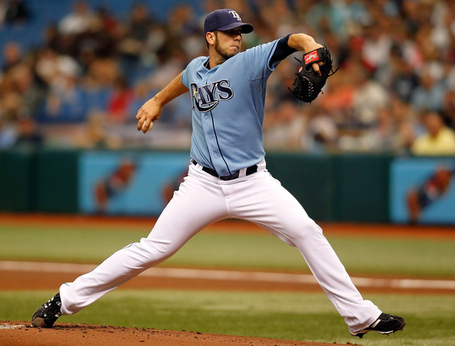 Everyone's favorite topic this season is trading James Shields, a highly caught after pitcher and the war horse of the Rays rotation. Rumored teams interested have been the Cardinals, Braves, Dodgers, Indians, Rangers, and Angels. The 30 year old change-up pitcher remains under team control through 2014 thanks to some very affordable team options on his contract.

The trade rumor that rose above the fray a few weeks ago was sending Shields to the Angels for center fielder Peter Bourjos, catcher Hank Conger, and pitcher Ervin Santana. The center of the trade would be Bourjos, a 25 year old who could effectively replace B.J. Upton until 2017. He batted .271 last year, but has seen a dip in performance since being platooned by the Angels thanks to their crowded outfield. As the theory goes, returning to active performance would improve his numbers. Unfortunately, taking on Santana's contract was too much for the cash-strapped Rays. Santana makes $11.2MM this season with a $13MM club option for 2013. He can become a free agent at season's end with a $1MM buyout.

When negotiations broke down over Santana's contract, the Angels acquired Zack Grienke - who the Rays shut down in his debut last night. The trade is still a possibility, but far less likely. Any other destinations have had less publicity. Should another team enter the mix, don't be surprise to see the Atlanta Braves make a push for Shields. Recently rejected by the no-trade clause of Ryan Dempster, the Braves have made star AA catching prospect Christian Bethancourt available in an effort to find a starting pitcher.

Other Rays pitchers rumored to be available include Wade Davis and Jeremy Hellickson.

The Rays have been rumored to be in the market for a back-up catcher, but it's not obvious why.

When the Rays signed Jose Molina as their primary catcher this season, it was understood that the 37 year old catcher would likely only start 60% of his games. His defense and pitch framing made him a valuable acquisition, but his .186 batting average is far below his career .236 and somewhat disappointing. Regardless, his position is secure.

Backing up Molina has been Jose Lobaton, who hit .293 in AAA last season and has seen his batting average rise to .234 this season. Only 27, he is a very low cost, but if the Rays have an injury down the stretch, there could be problems.
There is very little opportunity to upgrade at the AAA level, and most available catchers seem to be fizzling out - like Geovany Soto and Nick Hundley, each owed significant amounts of money.

At AAA the Rays have another catcher hitting .293 - Stephen Vogt, who has seen 10 major league games this season. Vogt never reached base in his 17 plate appearances, but is enough to provide insurance down the stretch. The Rays also have Chris Gimenez available, who played 24 games while Lobaton was out with a knee injury. He batted .191 with 4 walks in 73 plate appearances.