Georgetown will open its season in camouflage on Friday against the Florida Gators.

The Georgetown Hoyas have unveiled their camouflage uniforms that they plan on wearing on Friday against the Florida Gators. The game will be played aboard the U.S.S. Bataan in Jacksonville. Here's first look, courtesy of @jumpman23. 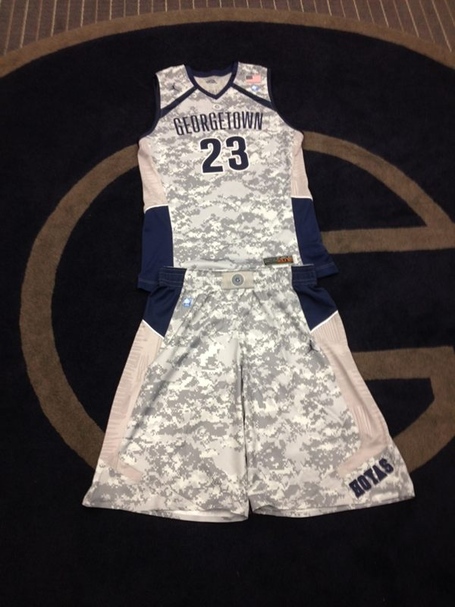 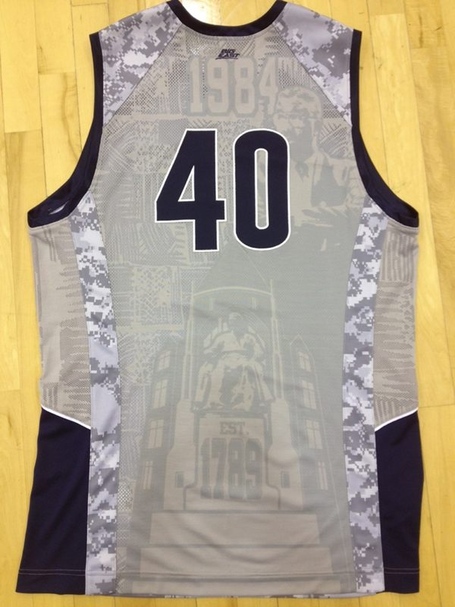 The Gators released their own camos last week, and the Casual Hoya seems to think that Georgetown has won the camouflage competition.

As the season goes on, other teams are expected to jump onto the camouflage bandwagon. The Casual Hoya explains: "UConn and Michigan State will wear camouflage jerseys when they face each other in Germany, Syracuse and San Diego State will wear camo on the USS Midway in San Diego in a game that may have to be moved indoors, and Marquette and Ohio State join the fun aboard the USS Yorktown in Charleston."

The Navy Marine Corps Classic will tip off at 9 p.m. ET Friday and will be televised on NBC Sports Network. It is the first game of the season for both teams.