At 9:00pm Friday night, the Florida Marlins officially unveil their new logos and uniforms, transforming themselves overnight into the Miami Marlins.

With their new stadium set to open with the beginning of the 2012 season, the Florida Marlins have undertaken an aggressive re-branding over the last few months. In an effort to wash away their previous frugal ways and public perception, the Marlins are changing nearly everything about their franchise: name, colors, logo, uniforms, and market status. Gone are the Florida Marlins; this new iteration of their franchise is brightly colored Miami Marlins.

The Marlins are officially unveiling their new logo and uniforms in a ceremony at 9:00 PM EST tonight, but both of these have already been leaked to the public. Here is the new logo: 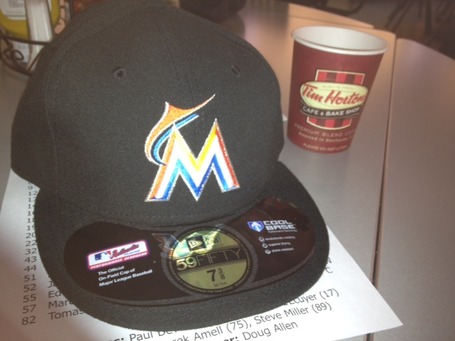 And here are the rumored new uniforms. These pictures have not been confirmed, but they have made their way around the internet and seem likely to be the real deal: 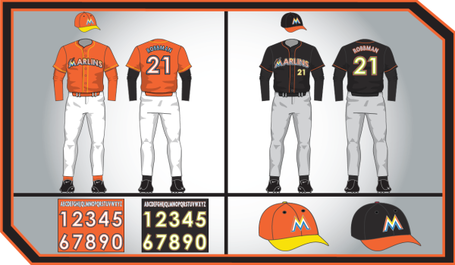 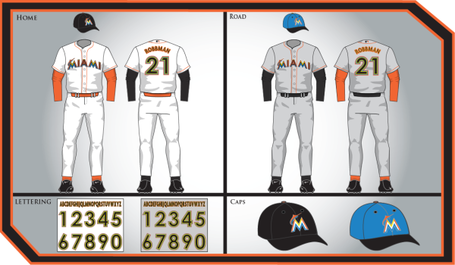 Since the logo and uniforms leaked, many people chiming have called the concepts ugly. There are lots of bright colors involved in the uniforms, but does that make them an eyesore? That's up to for you to decide, but I like them. It's a clean, simple design, yet still gives the Marlins one of the most unique looks in baseball. Bright colors can be disastrous when used to excess -- the original Devil Rays uniforms were simply too much -- but if any team can get away with them, it's a team from bright, sunny Miami.

CORRECTION: It's been brought to my attention that the jersey designs presented above were created by a fan. May I present to you a slightly more trustworthy picture of the rumored uniforms: 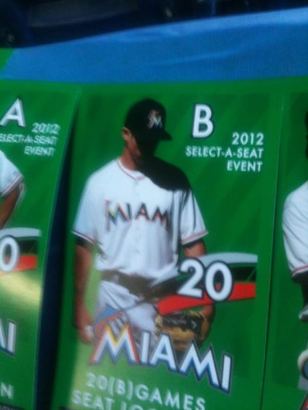 Nothing is still for certain, so we'll have to wait for tonight to see the real deal. But those don't look too different from the fan-created uniform rendering above.

For live updates on the Marlins' unveiling ceremony tonight, follow along with SB Nation Tampa Bay on Twitter.