After much anticipation and wringing of hands and leaking of photos, the new Miami Marlins uniform and the new Marlins logo have been officially unveiled. And though a number of photos and renderings have already made the Internet rounds, it appears the Marlins uniforms will come in even greater diversities than initially anticipated. 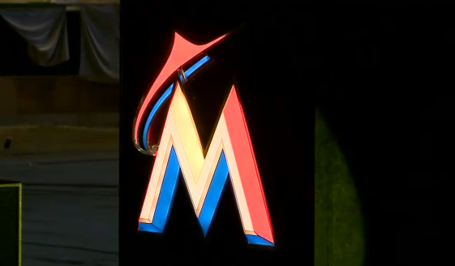 Marlins owner Jeffery Loria explained the new color scheme was designed specifically to reflect the city and culture of Miami. The colors and their corresponding meaning:

Kudos to the Marlins for breaking the red-white-blue obsession in baseball. But, still... 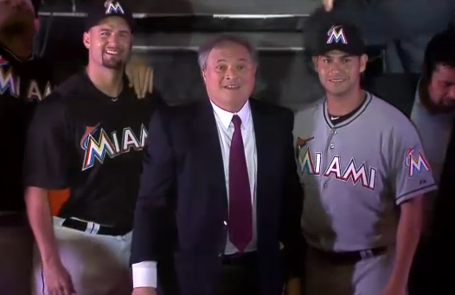 They are a touch... Different. 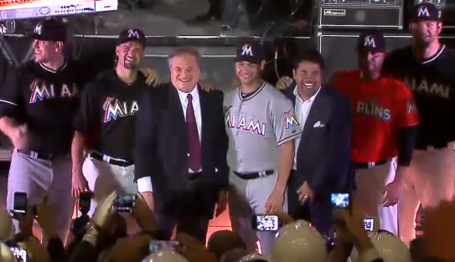 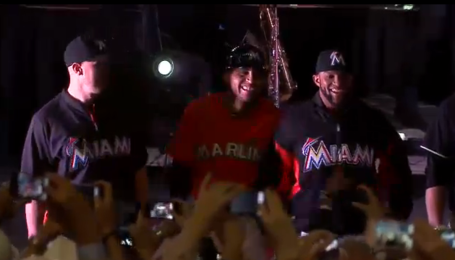 On the right, we see an example of the new jackets. Presumably it will be the same jacket for home and away. 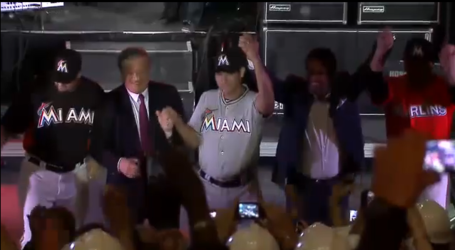 On the far left, we see either an another alternative jersey or a batting practice / spring training jersey. Loria confirmed the orange jersey on the right would be an alt-jersey.

So, after everyone got a good chance to look at the new Marlins unis, the players evacuated the stadium and the hard-hat-wearing audience got treated to this: 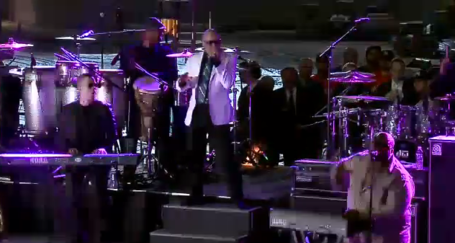 So yeah, this bald guy from my XBOX dancing game came onto the stage, sang some very aggressive dance music for like 10 hours as the hard-hat audience sat in their seats, a few of them raising and rhythmically moving a first in solidarity.

You know a dance concert is going well when the entire audience remains seated and kindly nods their heads to the beat. And the musician, the aptly named Pitbull, sweats profusely. 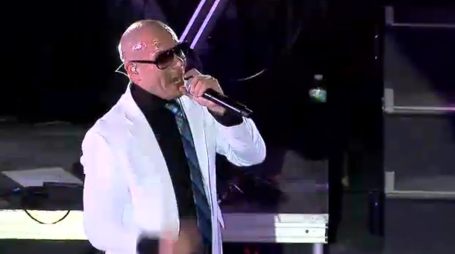 But hey, some of the audience eventually got into it: 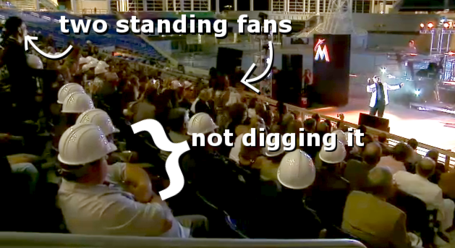 In all seriousness, the new unis are not terrible. And the team may not be either. It's an exciting time for Florida baseball.

Eyes bleeding? Use your ears instead: