PICTURES: Inside Look At The Miami Marlins' New Ballpark

Share All sharing options for: PICTURES: Inside Look At The Miami Marlins' New Ballpark

The Miami Marlins have re-branded themselves this offseason, taking on a new name and debuting new uniforms in anticipation of moving into their brand new ballpark in the spring of 2012. Their ballpark has been in construction since July of 2009 and has cost an incredible $500-600 million, but it is expected to be one of the most state-of-the-art and fancy ballparks yet constructed for baseball.

While the stadium isn't officially finished yet, the Marlins have begun giving tours to the media and other small groups of people. Some members of the Marlins' media were given tours today, and Juan Rodriguez from the Sun Sentinel was tweeting out pictures of the stadium all morning.

Rodriguez shared many pictures, so check out his Twitter feed for the full list (and while you're at it, give him a follow as he's a great beat reporter). Below the jump I'll share some of the highlights.

The stadium is still under work, but you can already get a good look at how gorgeous this place is going to be. This is going to be one heck of a stadium to watch a game in. 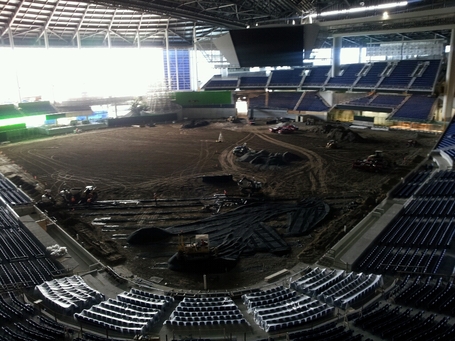 Here's a closer look at the retractable roof. 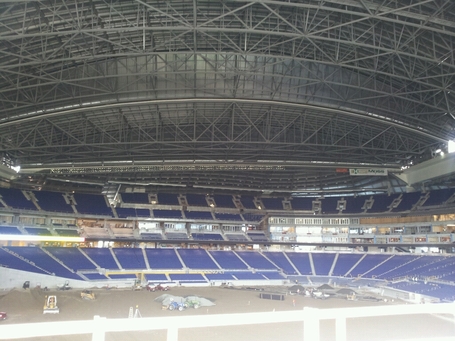 And here's a look at the view of downtown Miami from the concourse. 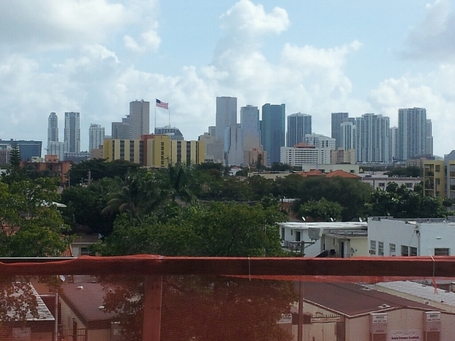 How many days until the season starts again? Oh, that's right -- too many.