It's been an odd week in the state of Florida, but the crazy just keeps coming. The Miami Marlins may have lost some of their bullpen depth today, as former closer Juan Oviedo (AKA Leo Nunez) was arrested today in the Dominican Republic for double identity.

You can find the entire AP release here -- although be warned, it's in Spanish -- but the basic gist is easy to understand. Oviedo had been forced to return home to the Dominican Republic after it came out this past season that he was playing under an assumed name and was a year older than he claimed. Theoretically, he had to return back to clear up visa and passport issues, as all his documents were under the wrong name.

The Marlins were not planning on using Oviedo as their closer in 2012, as they signed Heath Bell to a contract last week, but they had intended to offer him arbitration. Obviously, this news throws a wrench in those plans. There's no word on how long Oviedo will be held, but since cases of double identity are a large problem in the D.R., it's possible they mean to make an example out of Oviedo. 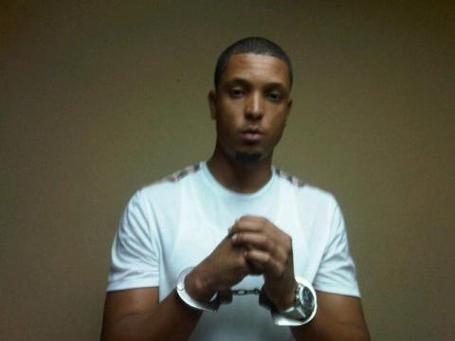 Going forward, this news shouldn't be particularly problematic for the Marlins. They had one of the strongest bullpens in the majors in 2011, so losing one member will not turn their 'pen into a weak spot. This news will hurt their depth, but that can be easily fixed by signing a few low risk, high upside relievers to minor league deals late in the offseason.

Here's hoping this issue gets cleared up quickly and Oviedo is able to return to playing baseball in the near future. Yes, he committed a crime, but he did so in the name of making a living for himself and bettering his circumstances. As I've never been put in a similar situation, I certainly can't and won't judge him for that.