Well, the new alternate uniforms can now be found on the NFL Shop website. Check out the picture after the jump. 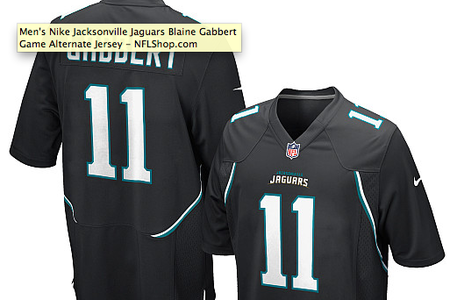 The team did away with their black alternate jersey a few seasons ago, and the excitement ramped about with the news that they would be brought back into the fold. The black jersey was always a big seller, despite most Jaguars home games being played in the heat of September and October in Florida.