Although it was reported earlier in the day, the Tampa Bay Rays and first-round selection Richie Shaffer made their deal official shortly after the 5 p.m. signing deadline.

Shaffer broke the news to fans with this tweet. 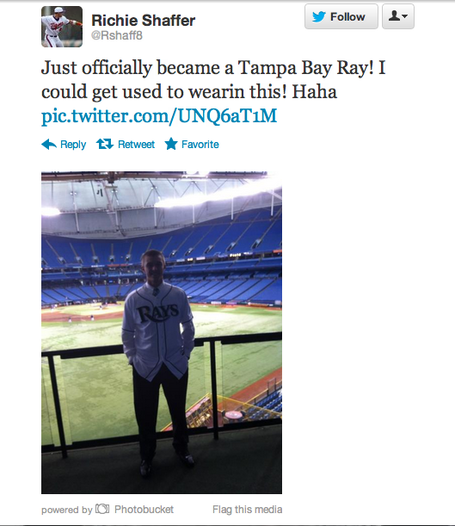 Shaffer comes to the Rays after the team selected him with the 25th overall selection in the draft. He and the team agreed on a $1.71 million signing bonus which was just below the slot value.

For more on the Tampa Bay Rays, make sure to check out DRaysBay. For more on all of baseball and the 2012 MLB Draft, head over to Baseball Nation. For updates from the draft, subscribe to this StoryStream from SB Nation Tampa Bay.