Under Armour released USF's special Wounded Warrior uniform that the Bulls will wear against Miami, and compared to some of the other things Under Armour has put out there lately its not a bad set. Pictures of the uniform are after the jump. 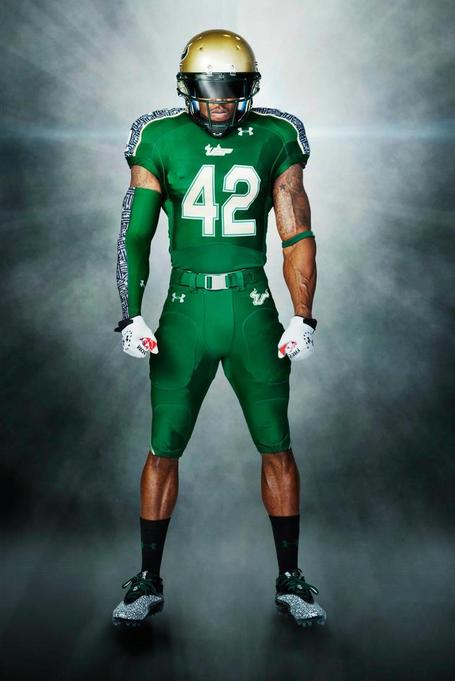 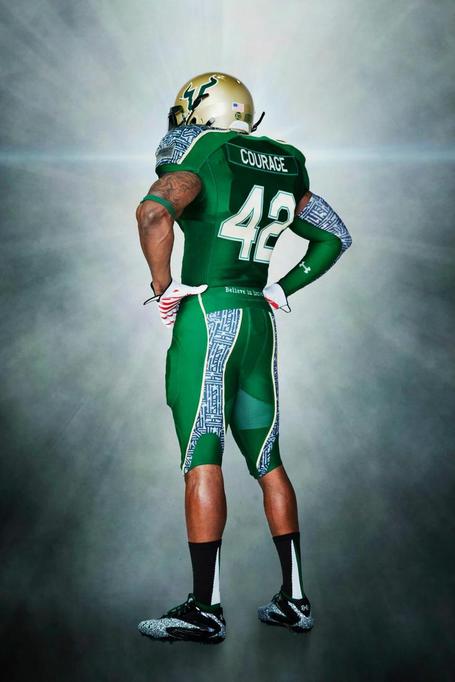 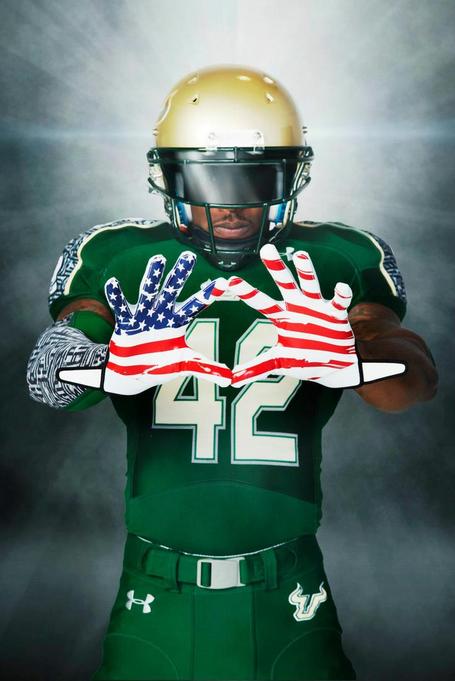 There were pictures of a prototype USF camouflage helmet making the rounds on the internet that could have gone with the set, but it looks like the Bulls will wear their regular gold helmet.

For a one time use jersey, this is pretty nice. The Wounded Warrior "camo" pattern on the pants and shoulder yoke works well with the rest of the uniform, and the American flag gloves add a nice touch as well. I know this won't sit well with some people who like to keep their jerseys simple, but this will be a high profile weekend recruiting wise for the Bulls and most of the players like to see unique uniforms like these.