Why Don't You Have A Seat Over There, Mr. Weiss.

Share All sharing options for: Why Don't You Have A Seat Over There, Mr. Weiss.

Bucs Nation has the story of Tampa Bay Buccaneers employee Brian Weiss, who fell into a trap set up by the Lake County Sheriff's Office to catch sexual predators meeting up with what they thought were underaged girls.

Putting aside the obvious questions about why you're driving up to Leesburg for a rendezvous with what you think is a teenage girl, which is absolutely not cool in any way, shape, or form... have you not been watching "To Catch A Predator" reruns on MSNBC? This is, like, a minor cultural event every Sunday night. #TCAP is its own thing on Twitter. Everyone knows what that hashtag means and why it's being used. Viewers revel in the details, like the jorts and Chris Hansen's voiceovers of the lurid chat messages and the people who bring McDonald's with them and anyone who tries to run and gets hit with a Taser. According to Wikipedia, the show had to stop production because its popularity made it harder for police agencies to lure anyone into the traps.

At least Weiss (slightly) minimized the embarrassment by not being the guy who brought Skittles, or vodka, or condoms, or his kids. Still... this is really, really bad. Between the show's cult status, and the way these stings are executed, it seems like you'd have to be really foolish to get yourself caught in one. But then you're in an Internet chat room (apparently the 1990s have not ended), and you're driving to Leesburg, and you're going into the house, and there's a plate of cookies on the table (there are ALWAYS cookies on the table), and she's talking to you from another room, and then... 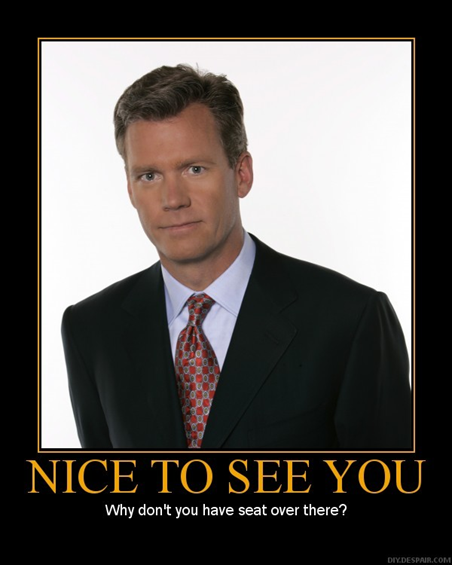