The final four picks of the Rays' ten are in. Surprises include no teams drafting OF Josh Bell or LHP Dale Norris, highschoolers projected as 15th and 16th overall.

Snell is a slender pitcher with a major-legue ready velocity at 94 mph. A high school graduate, but home schooled and still ineligible for his college commitment to Washington. 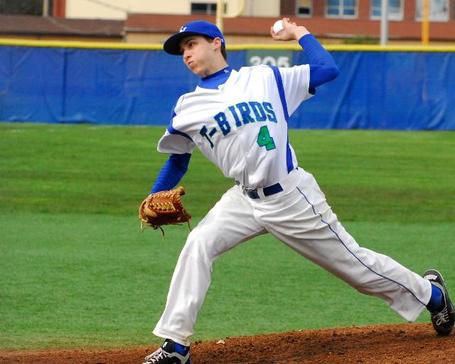 Snell is a long and lean 6-foot-4 and 190 pounds, but he has narrow, sloping shoulders and may always be skinny, and scouts don't see anywhere to put a lot of added weight on his frame. His fastball sits between 88-92 mph, and he has touched 94 this season. While that grades out as an average fastball, scouts question whether he'll be able to maintain that velocity over a full minor league season because of his frame. His curveball and changeup are just average at best.

Snell has performed well this season and wasn't fazed when there were 40-50 scouts behind the backstop. Snell was home schooled until this year and was committed to Washington's banner class, but he has not yet qualified academically, which may make him more signable. Because of his signability, his velocity and how well he has performed in front of crosscheckers, Snell could get popped as high as the supplemental first round, though on pure talent he would probably go a few rounds later.

A left handed hitter with a smooth swing and great discipline at the plate. Carter is a college outfielder from Western Kentucky and projects as a five tool player. He adds a nice mix to the high upside high schoolers taken early and fits a Rays mindset of high tool players with great potential getting on base.

An athletic 6-foot-2, 205-pounder... He still needs to fine-tune his timing at the plate and turn on balls more frequently. He has slightly above-average speed that plays up on the bases and in center field, as well as a solid arm for the position. The biggest issues with Carter are his struggles against lefthanded pitching and his health. He injured his hip in the Coastal Plain League last summer, sat out during fall practice and missed time this spring with a calf strain. Nevertheless, he shouldn't last past the second round.

SEC pitcher of the year, he finished the year at Vanderbilt (David Price's alma mater) with a 13-1 record. He offsets the young talent drafted early as a mature left handed pitcher that could rise quickly in the farm system. 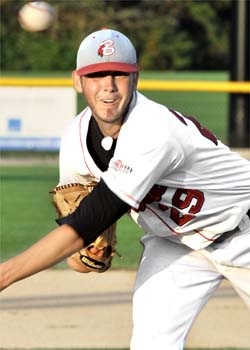 Garvin has performed as well as any Division I pitcher over the last calendar year. He was the Cape Cod League's ERA champion last summer at 5-0, 0.74 with 37 strikeouts in 37 innings. In the spring, he was 11-1, 2.08 and was a perfect 9-0 in Southeastern Conference play until his last start of the regular season. He was named SEC pitcher of the year.

Garvin's performance stems from his size, solid stuff and ability to pitch off his fastball. At 6-foot-6, 220 pounds, he gets a good angle on his fastball, pitching downhill, coming inside effectively at 90-92 mph and reaching 94-95 on occasion. His fastball velocity should be a tick above-average as a pro, and he uses his fastball well to set up his solid-average changeup, which has solid fade when he turns it over. His slurvy slider is below-average and rarely generates swings and misses, which limits his upside for many scouts, and he may wind up throwing more of a cutter eventually. Garvin is considered a safe pick, and his summer performance could push him into the first or supplemental first round despite his short breaking ball.

The tenth pick is another high schooler, uncommitted to a university. He was not ranked within the top 200 prospects and a big surprise. 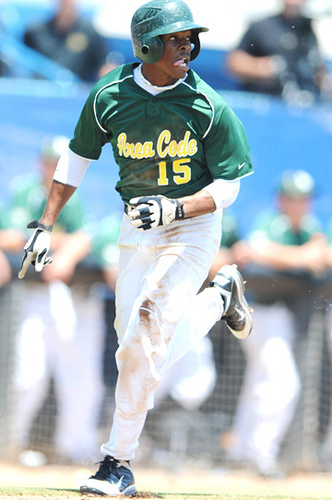 From Baseball America: 13th ranked in the state of California

6-foot-1, 175-pound athletic frame. He's raw and may need two years in Rookie ball, but he has huge upside. Harris is an explosive athlete. He is a well above-average runner, with a 37-inch vertical leap, and can fly on the bases and in center field. He has below-average arm strength, but enough for center field.

A righthanded hitter, Harris is patient at the plate, trying to get on base any way possible, and some scouts wonder if he's actually too passive. He also shows some raw power. Harris has not committed to a college, so he should be signable.