Going into the ninth inning, the Tampa Bay Rays were trailing the New York Yankees 7-6 thanks to an early-inning implosion from David Price and a late-inning comeback from the offense (led by Evan Longoria). Ben Zobrist and Casey Kotchman both made quick outs, and it looked as though the Rays’ season was in serious jeopardy of being over.

But then, Joe Maddon pinch-hit for Sam Fuld with Dan Johnson. Yes, that’s right: Dan Johnson. The same Dan Johnson that hit titanic, late season, pinch hit home runs against the Red Sox in both 2008 and 2010. Joe Maddon was counting that despite Johnson’s struggles this season — he lost the starting first base job and had a sub-par year down in Triple-A — he still had some of that mojo left in his bat.

And holy crap, he sure did. 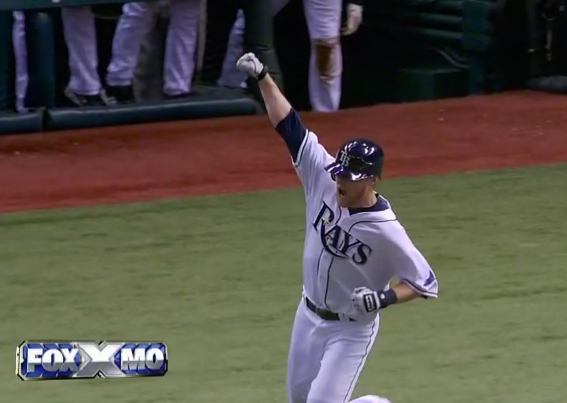 We’re in extra innings now in St. Petersburg. My god, I love baseball.