The Most Important Question Of The Season

This season, numerous Rays have been caught tweeting pictures of their one true love: their dog. This leaves us at SB Nation Tampa Bay with an important question to answer: which canine companion is the cutest?

Share All sharing options for: The Most Important Question Of The Season

I've recently been admitted to the hallowed grounds of kitten ownership, so I'm quickly developing a not-so-healthy obsession with pets. As such, when Twitter user @utley tweeted this at Kelly Shoppach early Tuesday morning, I couldn't help but take notice:

What is with all of you Rays players with a Starbucks obsession and ridiculously cute dogs? Is it a team requirement?

If you follow any of the Rays on Twitter, you surely know that this could not be more accurate. David Price, Evan Longoria, and Kelly Shoppach are the three Rays that are most active on Twitter, and it sometimes feels like all they ever talk about is Starbucks or their pets.* All three of them own dogs, all three of them love Starbucks -- it's like they were born to be teammates.

*That is, whenever they're not re-tweeting birthday requests or flirting with soccer stars.

But all is not perfect in St. Pete. David Price is nigh obsessed with his dog Astro -- which probably wasn't helped when the Rays turned him into an action figure this season -- and gets defensive anytime someone suggests another dog might be cuter. Shoppach and Longoria do have adorable dogs as well, but Longoria is apparently too afraid to even talk about Astro for fear of the repercussions. It's a Cold War of cuteness, and Price is pummeling everyone into submission.

It's the job of journalists to ask the tough questions. Thankfully, I'm a blogger so I can ask the fun ones too. Which dog is the cutest? Let's take a look. 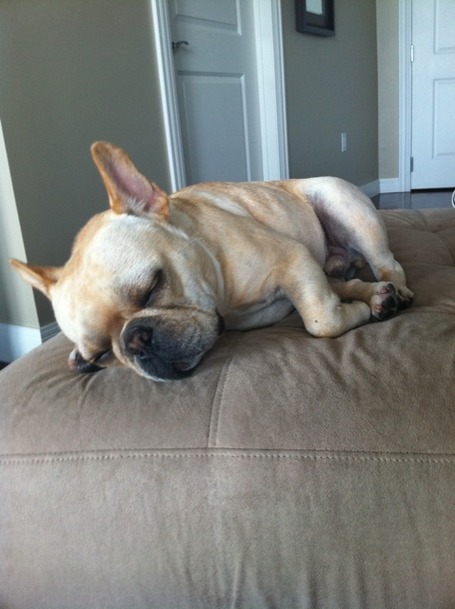 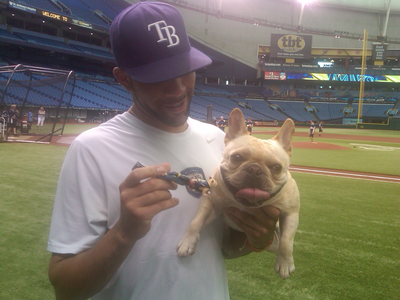 Honestly, I've never been a huge fan of bulldogs; the whole scrunched face thing just doesn't do it for me. I had a bad experience (or five) with a deranged Shih Tzu that had a Napoleonic Complex, and it put me right off the look.And yet, goodness, that face if hilarious.

He just looks so ridiculous in the bottom picture, I can't help but like him. 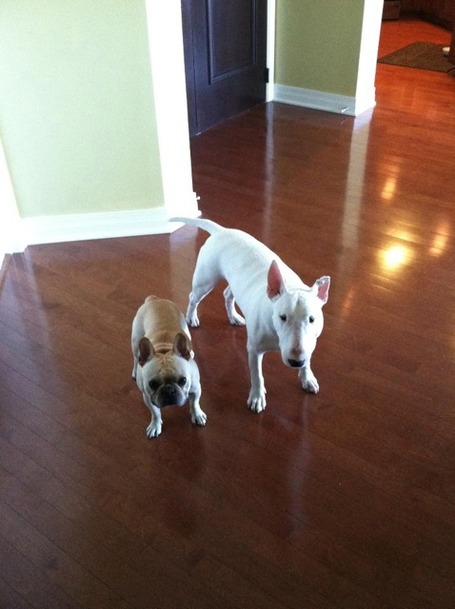 It should hopefully be obvious, but the one on the right is Jango (the other is Astro). He's a six-year-old bull terrier. 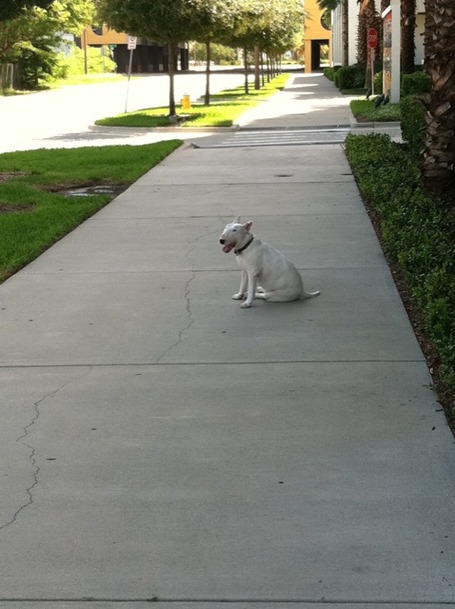 Apparently this second picture was taken on a morning walk, supposedly on the way back from a Starbucks. Classic.
Kelly Shoppach's dog -- Brody

I've saved some of the best photos for last, although the last one is a little scary. The dog is adorable, but if you have no desire to see any part of Kelly Shoppach's thigh, you might want to skip it. 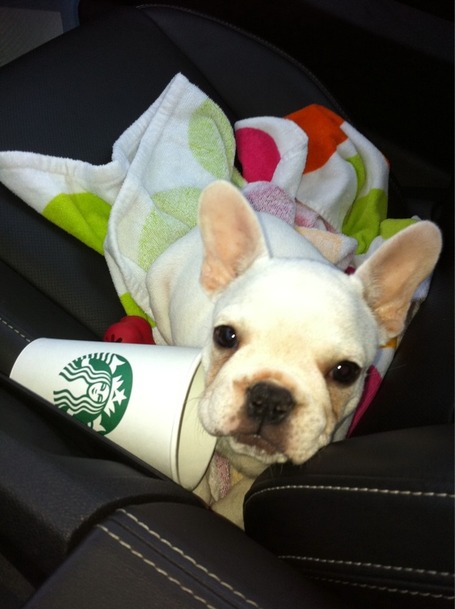 Note the perfectly placed Starbucks cup. Man, talk about an alternative to your morning bowl of kibble. 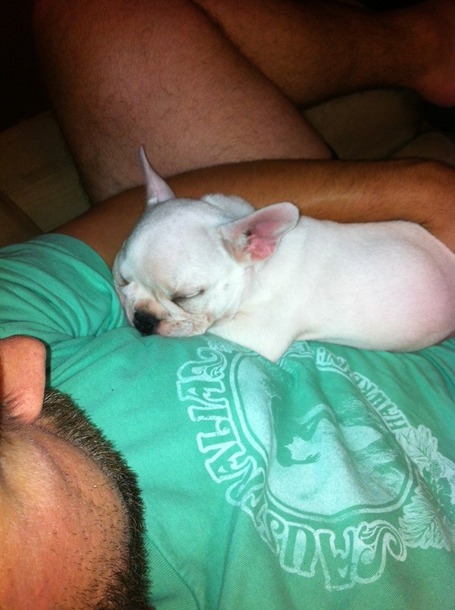 That's too much man-thigh for me -- and I'm slightly weirded out by Shoppach taking a self-shot of himself from that angle -- but man, that is a cute dog.